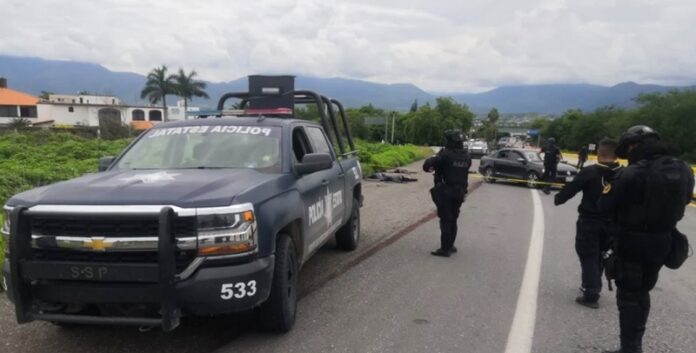 In the city of Iguala, there is a wave of violence due to a dispute over the territory between alleged criminal groups.

The Guerrero Public Security Secretariat reported on Saturday, July 3rd, that there was a confrontation between armed civilians and state police officers in the city of Iguala, where five people died.

The events occurred around 2:00 p.m. in the vicinity of the Iguala-Cuernavaca federal highway, not far from the toll booth, according to the official report.

In a statement, the state agency reported that agents of the Guerrero State Police were carrying out surveillance actions in two official vehicles marked with numbers 533 and 570 when they “heard” shots.

The state police officers detected a black Jetta car with Morelos state license plates. Presumably, the men inside this vehicle opened fire against the uniformed.

Later, a persecution started that ended in the Villas del Rey neighborhood.

As a result of the confrontation, five armed civilians were killed. It should be noted that the bodies of the five deceased persons had gunshot wounds in the back, according to local media.

In this regard, the SSP issued a statement in which it assured that the murdered persons carried long and short weapons, and were also assured of ammo and tactical equipment.

It is worth entioning that there were no people arrested for these events.

The State Public Security Secretariat reported that it maintains surveillance actions in the municipality of Iguala.