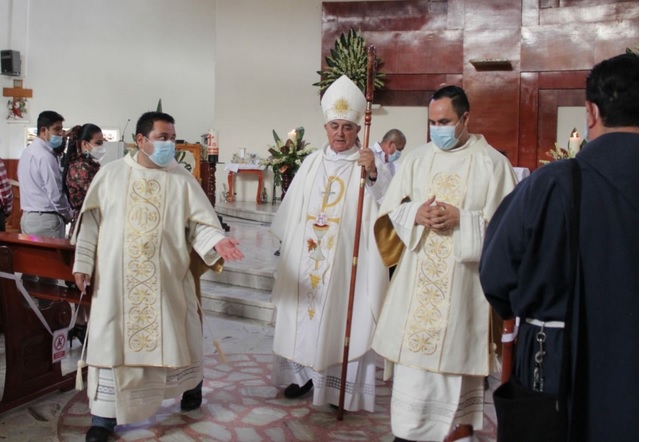 The Bishop of the Chilpancingo-Chilapa Diocese, Salvador Rangel Mendoza anticipated that in some municipalities of Guerrero “we are going to be governed by drug traffickers”, and revealed that 2 years ago he participated in a “dialogue with certain” people to reassure peace in the state capital, before the wave of violence that continues up to this day.

He also assured that a leader of a criminal group sent for an elected municipal president to “make a deal”, without specifying who he was referring to.

Since his arrival in Guerrero in 2015, Rangel Mendoza has become notorious for his constant statements about alleged dialogues and mediation with criminal groups on issues of violence.

These new affirmations were given on Tuesday afternoon during a mass that the Bishop officiated at the Cathedral of the Assumption of Mary, in Chilpancingo, to ask for the return of the engineer Alberto Castañón Flores, who disappeared in the state capital on June 18.

The Bishop assured that the violence in Guerrero had been contained in recent months, but “there are already deaths every day in Iguala and other places. Guerrero has returned to occupy the fourth place of murders ”.

After insisting that the most important thing for a human being is life, he said that, although it is an obligation of governments to provide security, citizens must also demand and point out the things that are not right.

Rangel Mendoza assured that years ago he went to Chilapa, which was then one of the most violent municipalities in the country, intervened to prevent the killing of public transport drivers and indigenous people, in the middle of an arms trafficking network in the Mountain region of the state of Guerrero.

“As your Bishop, I tell you with great sadness and with great responsibility: I think there is a time when we are going to be governed not by politicians, but by drug traffickers because many arrangements have already been made in our state.”

For this reason, he asked the Federal Government, the National Guard, the Army, the State Police “to protect our cities and citizens. It is not possible to live like this”.

The Bishop added: “If you remember, about two years ago in Chilpancingo there were many problems, murders, decapitations, etc, a dialogue was held with certain people and we were able to maintain some peace, but things could get ugly anytime now”.

The prelate said that the “problems” that currently exist, in reference to an upturn in violence in recent days, are due to the fact that “criminals are coming from outside the state to do their misdeeds. They come, commit their crimes and flee the staet”.

“So we need a better government, with more authority, to defend us and have safer cities,” the Bishop concluded.