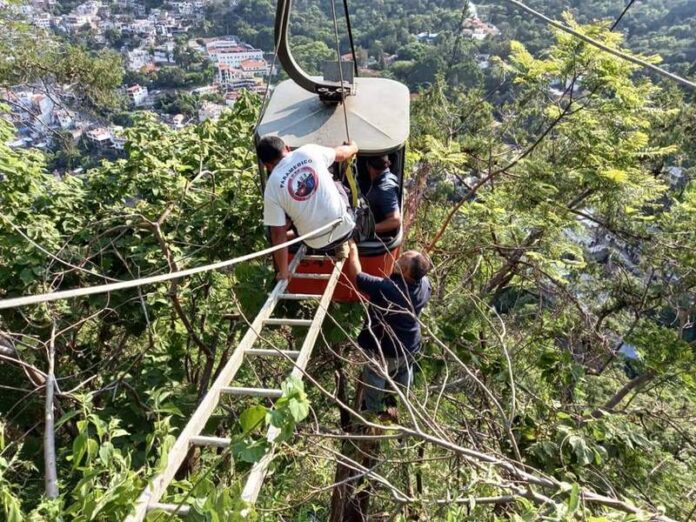 At least nine people – including three children – were rescued unharmed, after being trapped in three gondolas of the Cable Car that operates in the tourist destination of Taxco, Guerrero.

According to the Ministry of Civil Protection in that municipality, the accident was registered around 5:00 p.m. on Tuesday, July 27th, when a counterweight cable broke, so the cable car route was immediately suspended keeping nine people trapped at one hundred feet in the air, inside three gondolas.

An operation was immediately organized with agents of Civil Protection and Firefighters from the municipality of Taxco, managing to rescue the nine people who were trapped for almost two hours at an altitude of 30 meters unharmed.

The Taxco municipal government confirmed that the accident was due to the rupture of a counterweight cable, which at no time put the integrity of the nine people who enjoyed the cable car tour at risk, although at least three of the passengers received medical attention. for presenting nervous breakdown.

The authorities indicated that as of this date, the tourist tour offered by the Cable Car will be temporarily suspended because it will be subjected to a rigorous process of review and replacement of any other mechanical part that is in poor condition.