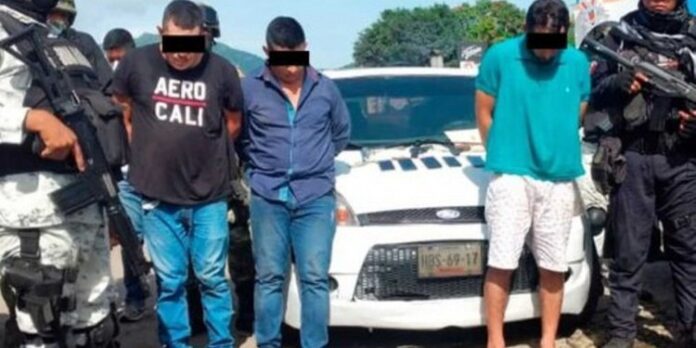 In a coordinated security action, elements of the State Police and the Special Operations Group “Jaguar”, as well as the Mexican Army, National Guard, and ministerial people of the State Attorney General’s Office, detained four people in possession of cartridges, chargers and three firearms.

The CAPTURE occurred when the security forces carried out joint security tours, as part of the “Operation Summer 2021”, in the central neighborhood of said tourist center.

The detained persons are related to alleged crimes of extortion, they were identified as Ernesto “N”, Erik “N”, Inés “N” and María “N”.

After a review, they were assured of 14 thousand Mexican pesos in banknotes of different denominations, 26 cartridges of different calibers, and three short firearms calibers 380 millimeters, nine millimeters, and 40 millimeters. In addition to three metal chargers and a Ford vehicle, Fiesta type, 2006 model, with state plates and no report of theft in the Public Vehicle Registry.

The four people, the weapons, the cash, and the car were turned over to the corresponding authorities.