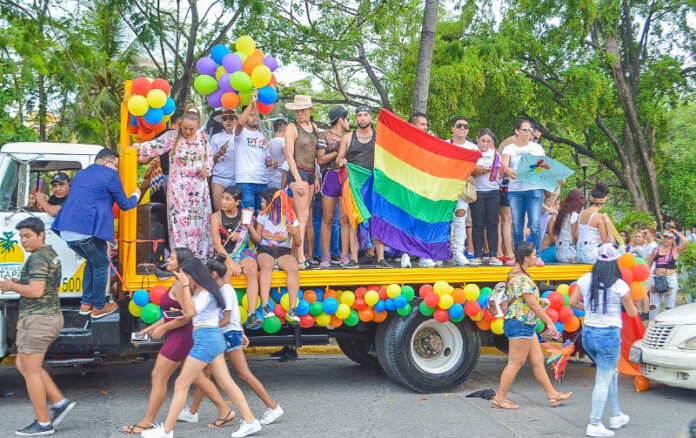 Gay tourism has positioned itself in many parts of the world

The Director of Tourism of Zihuatanejo, Jesús Gallegos Galván, reported that pink tourism will arrive very soon to the destination since the talks to make it happen are very advanced.

This sector has been managed since last year’s Tourism Tianguis and other events with national and international tour operators, who have shown their interest in the pairing of beaches.

Even some small groups have already visited the port, especially to develop same-sex weddings.

Gay tourism has positioned itself in many parts of the world for being one of those that leave the greatest economic spill, which would benefit and give a plus to the range of visitors that the destination already receives.

Gallegos Galván said that there is the infrastructure and the training to provide attention to this sector of visitors, however, it is necessary that there be updates all the time to maintain respectful treatment.

Mundo Imperial will arrive in Ixtapa-Zihuatanejo in 2023

The next hotel in the Mundo Imperial portfolio is being built in Ixtapa-Zihuatanejo, which is expected to open its doors by 2023.

Pedro Castelán Reyna, director of the Ixtapa-Zihuatanejo Convention and Visitors Bureau, stressed that despite the pandemic, the project that will have 1,200 rooms is still standing, and is already being built in the Riscalillo area.

“They were going to start with the first stone in 2020 but unfortunately the pandemic forced to retain a little but it still stands, in fact, it already has a name, it is called Princess Zihua,” said Castelán Reyna.

The manager assured that the destination is growing in tourist infrastructure and there are also construction processes of some boutique hotels, very exclusive with 8 or 10 rooms.

He also stressed that to date they have already rescued practically all national connectivity, mainly from Mexico City, which is the main source of tourism to the destination. “We recovered the Tijuana flight and we only have to recover the TAR flight from Querétaro.”

He stressed that they have also recovered the six international flights they had to Ixtapa Zihuatanejo, to which a United flight from Los Angeles was added a couple of weeks ago. He mentioned that they are in the process of recovering the flights from Canada for the winter.

And although it is not a representative number, English, French, and Russians arrive at the destination to look for something different from Ixtapa-Zihuatanejo. “We cannot say that we have a significant number but we can say that tourism comes from practically all over the world.

During the 2021 Convention of the Association of Travel Agencies of Mexico City (AMAV CDMX), accompanied by Julián Arroyo, its president, the director of the Ixtapa-Zihuatanejo OCV, he pointed out that facing the summer holidays, the destination prepares with great promotions, “recently just passed the Hot Sale in which there was an increase compared to previous years, to vacation in the destination in May, June and July, so a good season is expected for the summer ”.

I assure you that they are preparing with new attractions and tourist services such as the completely renovated Paseo del Pescador, the Ciclopista that now connects Zihuatanejo with Ixtapa, and they continue working to have the city clean, orderly, and beautiful to receive all tourists.