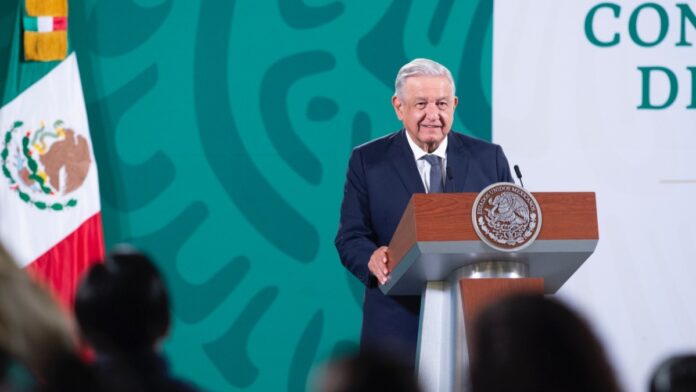 In the Treasury room of the National Palace, the president announced that in the coming days he will propose to the Senate of the Republic a group of former governors and leaders, among which is the PRI governor of Sinaloa, Quirino Ordaz, and the former PAN president from Nayarit, Antonio Echeverría.

“Public servants, ex-governors in our government will participate in a few more days, I will announce that they will represent Mexico in embassies, in consulates, ex-governors and leaders of different parties and also citizens without a party, they will continue helping,” he said. .

López Obrador affirmed that all the political and social actors who want to contribute to help the transformation of the country, “have open doors, honest women and men with a desire to serve. “

He indicated that several governors are finishing their term in office, such as the case of Quirino Ordaz and the governor of Guerrero, Héctor Astudillo, who, he said, did not do a bad job.

“In the case of Guerrero, those who know know that it is not a field day to govern Guerrero because it has been a state that has been very forgotten by the federation, it is one of the poorest states, so I am satisfied that it is the state that most resources are now receiving ” .

He considered that the PRI Héctor Astudillo did a good job.