The cetacean weighing several tons and more than twelve meters long got stranded on a beach in Petatlán.

A humpback whale was found dead and stranded on beaches in the municipality of Petatlán; Locals reported the events to the authorities and so far the causes of his death are unknown.

The cetacean weighing several tons and approximately 12 meters in length was found lifeless this Sunday and it was no longer possible to return it to the sea.

In a video, fishermen narrated that the animal had probably been stranded on the beach since last Saturday because on Friday they passed through the site and did not notice the body.

At the end of this edition, Profepa or some other authority, have not given reports of the events but it is expected that they will go to the place to attest to the facts and carry out the corresponding investigations. 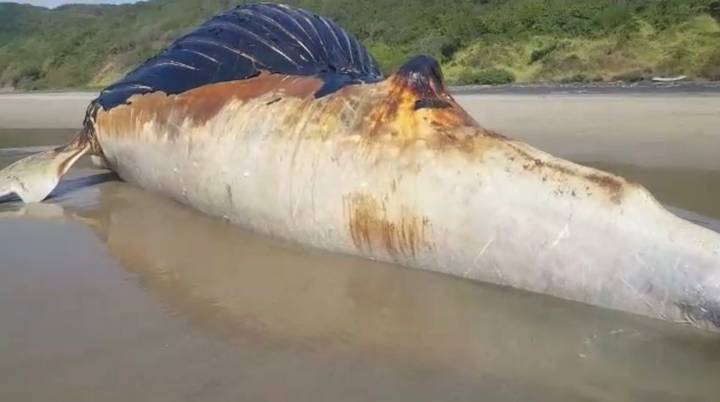 Until December 27th, no authority has appeared at the site of the discovery. / Photo: Isaac Castillo | El Sol de Acapulco