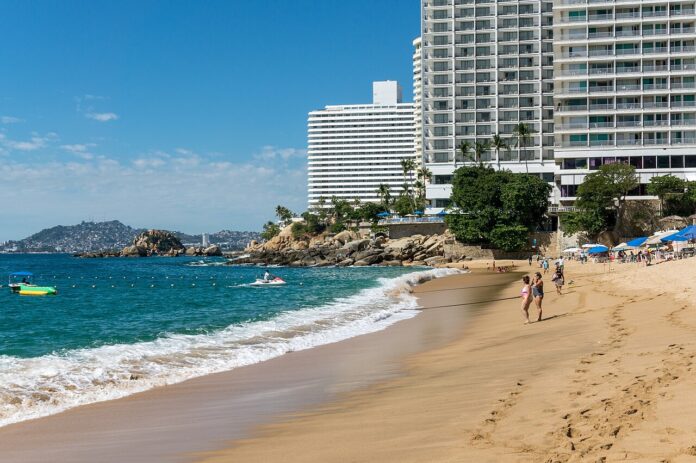 Rarely have the beaches of Mexico been so well off in the periodic sampling of fecal matter by Cofepris. As strange as it may sound, Enterococcus faecalis is a bacteria commonly present on beaches, and should not present a health problem as long as there are less than 200 per 100 milliliters of water.

At the end of 2021, five beaches in Mexico were classified as not suitable for vacations due to exceeding the permitted limit. Also as usual, Acapulco dominated the list with three of the five listed beaches. Now, according to the sampling done for Easter, there is only one beach considered not suitable for vacationing and that is Playa Hermosa, in Ensenada. The only problem is that Cofepris does not reveal the size of the problem since it does not make public the number of enterococci found in its sample .

According to the cut last December, Hornos, Tlacopanocha, and Suave, all of them in Guerrero, were classified as not suitable forswimming. The new report indicates that now the three beaches have fairly safe rates: in Hornos 24 enterococci were found per 100 milliliters, in Tlacopanocha 15, and in Suave 14.

Guerrero does have a beach that is close to the permitted limit, but it is not in Acapulco.

The Main beach in Zihuatanejo registered a total of 166 enterococci per 100 milliliters of water, which, although it is still within the limit, places it as one of the least clean in the country.

The beaches with the most fecal matter on them, according to the Cofepris samples prior to Easter, are:

Prior to vacation periods, Cofepris samples 290 beaches. The states where the collection is made are:

According to the samples, the state with the cleanest beaches is Chiapas. In the state, there is no beach that exceeds 13 particles of enterococcus faecalis.

Other states that have very clean beaches are Baja California Sur, Tamaulipas, Sonora, Michoacán and Yucatán.